How Outlook 2016 in Mac Handles your Junk Emails!

Junk Emails in Outlook 2016 for Mac and How it handles

Outlook 2016 for Mac had undergone some significant changes and improvements from its predecessor, Outlook 2011.

One of the features that is changed is how Outlook 2016 in Mac handles junk emails. Especially when comparing to Outlook 2011 capabilities. 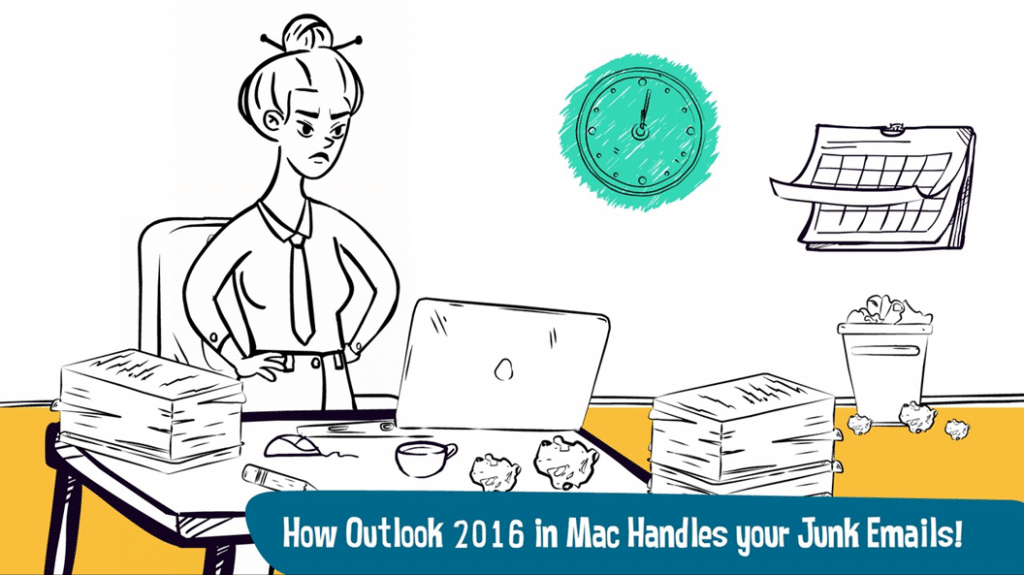 Before proceeding to much complex areas, here’s a recap. The basic concepts for users with no tech-knowledge about all of this.

What are Junk Emails?

Junk emails are those emails which you haven’t either signup for or did not request. They usually consist of spam, marketing emails, or other illicit emails that you do not want to see.

What is Junk Email Filtering?

In modern times, the filtering of proper emails and junk emails has gotten pretty solid and efficient. Therefore, rarely does any spam comes through to your inbox to frustrate or annoy you. But it doesn’t mean that it is completely blocked off.

What kinds of Filtering are there?

Basically, there are two forms of email filtering when you are using a desktop client like Outlook 2016 for Mac – client side and server-side.

Server side filtering works on your mail servers (such as Exchange) and bans any junk emails before it is downloaded to your client (like Outlook). On the other hand, client-side filtering happens within the client itself. So, a spam email might come through from server-side filtering, but further protection on your email-client may block it.

What Changes Outlook 2016 for Mac has Made to the Client-Side Filtering?

The first thing to notice is that Outlook 2016 has no client-side filtering at all. If an email is through the server to the client, it will most definitely appear to the Outlook side. However, that doesn’t mean you can’t further add some protection to block such junk emails.

There’s another side to all this, and that is manual blocking of address or certain keywords, or manual filters. That is slightly different than filtering. Where automatic server-side filtering works in conjunction with various algorithms that read headers, content, and many other factors to determine the nature of emails, manual filters work by simply blocking exactly what you put into it.

You can also manually mark an email as junk to add that email address to the blocked list.

This may come as a surprise as why would Microsoft remove the client-side filtering from Outlook 2016 for Mac when it was an option in 2011 edition. But it is not exactly a surprise since most mail servers do the best job they possibly can to avoid spam. Outlook as a client for the users may not be able to add anything extra to that. For anything that mail-server misses, you can manually add them to the blocked list.