Apple Mail in its first version (10.0, Tiger) used .MBOX file format to store data. On the second version of Mac OS X (10.2, Jaguar), they used EMLX file in Mail to store data. A single EMLX file contain a single email message, and you can find them inside your users’ libraries folders, typically under the Mailboxes à Messages à subfolder.

This sub-folder has an extension .MBOX. The major premise of using single EMLX file for a single message was to allow for index searching.

These are plain text files and can be opened by normal text editor. Simply double click on them and choose your text editor to view the content inside them. EMLXPART is also an extension used by Apple Mail, which contains attachments within them.

These EMLX files are only applicable in Apple Mail as a means of importing data. You can view them using text editor, but you can’t import them in any other email programs. This also creates a problem for Mac users who wish to switch to Windows Outlook.

The most common approach to import EMLX files into Outlook is by converting them to PST because the direct import is not possible.

Why EMLX to PST Converter Fail

Most EMLX to PST converters fail, or at least they do not perform the data export accurately. There are many reasons behind that.

There are plenty of other technical reasons of why this system doesn’t work, but most of them are technical and not really of importance for the context of this article.

However, today, we have a different and most efficient system to do this email migration task. This approach might sound eccentric to you at first for your objective of importing EMLX files into Outlook, but it works tremendously well.

“Mail Extractor Pro” is a tool built by USL Software as an alternative of EMLX to PST conversion. It doesn’t directly let you import EMLX files into Outlook, but rather offer a better option. 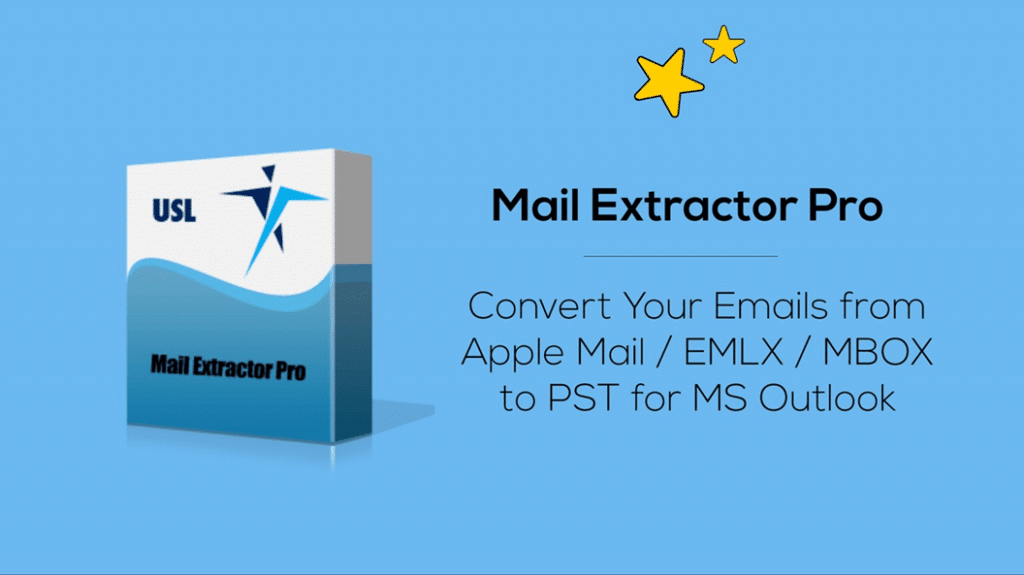 So, the premise is to interact with the database automatically without you having to load any EMLX file. There are three input options that you can choose from. This doesn’t mean that the tool is harder to use because of multiple inputs. All of them are options, and you have to choose either one of them.

Among all these three options, the first one is the most recommended by experts because of obvious reasons. It doesn’t ask for many manual tasks from users. You just have to click the appropriate option and the data is ready for conversion automatically. It also performs accurate data export since it targets the native, raw data source. There would be no missing elements, or defects, no damage to any element of your Apple Mail…and in the end, you get perfectly preserved PST files that you can import to Windows Outlook.

Try “Mail Extractor Pro” and see all these features working in action.

You can download the setup here, and check out the features in a free trial mode.